Georgia and the European Union

The legal basis for the relations between the European Union and Georgia is the ‘Partnership and Cooperation Agreement’ which was signed in 1996 and came into force in 1999. The Agreement regulates relations in spheres such as political dialogue, trade, investments, economy, legislation and culture.

In 2003 the European Neighborhood Policy (ENP) was introduced with an aim to support political, economic and cultural rapprochement between the European Union and its neighbours.

Georgia was included in ENP in 2004. On 14 November 2006, an EU-Georgia ENP Action Plan setting strategic objectives and priorities for cooperation inter alia in the field of justice, liberty and security was signed. Georgia has been successfully implementing reforms foreseen by the Action Plan.

In November 2007, an EU-Georgia sub-Committee for cooperation in the field of justice, liberty and security was set up.

On 7 May 2009, at the summit in Prague an EU Eastern Partnership initiative was launched and a relevant joint “Declaration on Eastern Partnership” was signed. “Eastern Partnership” is a joint commitment of the EU Member States and its partner countries - European neighbours – aimed to intensify political dialogue and closer economic integration, strengthen energy security and develop people-to-people contacts.

In November 2009, 16 EU Member States and Georgia signed a Joint Declaration on cooperation in the framework of EU’s Partnership for Mobility. Mobility Partnership (MP) initiative foresees joint fight against illegal migration and promotion of legal migration. Subsequently, it foresees cooperation on migration-related issues such as labour migration, readmission, reintegration, Diaspora, document security, labour market and mutual recognition of professional qualifications. Development of cooperation in the framework of PfM initiative will facilitate legal employment of Georgian citizens in EU countries, including through the so-called circular migration.

The Georgian government’s priority is to develop bilateral contractual relations with a view to using opportunities for circular migration with the EU Member States. Circular migration creates opportunities to, on the one hand, prevent brain drain and, on the other, to avoid ineffective use of this human capacity inside the country. In addition, it is important to develop cooperation in the framework of the EU’s 2011 initiative “Global Approach to Migration and Mobility” in the following directions: improvement of legal migration management and supporting mobility, prevention and reduction of illegal migration and strengthening links between migration and development.

Given the importance of a wide spectrum of issues related to visa liberalization and importance of creating a safe environment for free movement, the Action Plan aimed at defining a set of measures to be implemented by Georgia and conditions to be fulfilled in the framework of the Plan.

The VLAP included four blocks, each comprising 2 (legislative and implementation) phases. The progress achieved by Georgia and the country’s preparedness for the next steps had been assessed by the special assessment missions of the EU, providing respective reports with concrete recommendations. 22 visits of the EU missions were made to Georgia and 4 reports were prepared. In result, Georgia completed the 1st phase of VLAP in 2014, and the 2nd phase - on December 18, 2015.

On 9 March 2016, European Commission officially proposed to the European Parliament and European Council to amend the regulation No. 539/2001. The amendment implied introducing a short-term visa waiver for Georgian nationals for travelling to EU/Schengen countries, meaning that citizens of Georgia having biometric passports could travel to EU/Schengen states without a visa. Upon considering the amendment within European institutions for about a year, the said proposal was adopted by EU Parliament on 2 February 2017, and by EU Council – on 27 February 2017. In next days (1 March) the amended regulation was signed by the president of the EU parliament and the representative of the presidency of the EU Council that resulted in publishing the amendment in the official EU journal on 8 March. Starting from 28 March 2017, Georgian citizens started traveling to EU/Schengen states without a visa.

The EU-Georgia Readmission Agreement clearly defines procedures to be applied in case of readmission to their homeland of persons illegally residing on the territory of a foreign country. The Agreement is based on the principles engrained in the European Convention on the Protection of Human Rights and Fundamental Freedoms.

Agreements on Visa Facilitation and Readmission between the EU and Georgia have been in force since 1 March 2011.The Visa Facilitation Agreement makes it easier for certain categories of Georgian citizens to obtain visas to travel to EU Member States; it reduces or abolishes visa charges and introduces visa-free travel for diplomats. Further liberalization of EU-Georgia visa arrangements is the Georgian government’s priority. 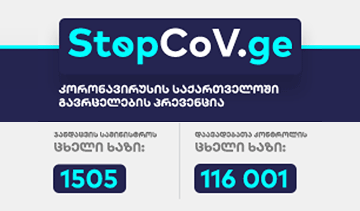